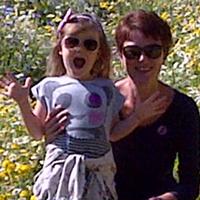 “My 5 year old daughter was moving schools mid-semester and was a little scared about being the new girl / not knowing anyone, etc. Peg ran a T3 session for her and my partner and I were totally staggered at how confident and non-plussed she was on her first day at the new school. She has always been an outgoing confident little girl, but when faced with new situations or people can be very clingy. We were totally expecting a few tears and clinging when the time came for us to leave the classroom, but she was the complete opposite. At the end of the first day we were told that she had stood up in front of 90 year 6 children (9-10 years) and told them about a drawing she had done. We were amazed!!!” 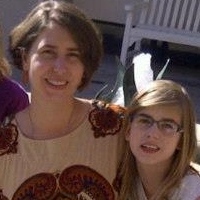 “Elise is doing great. She just started middle school, 6th grade, yesterday. Her ability to manage her emotions has greatly improved. The day after you did her session she had an amazing rehearsal for a play she was in. It really caught me by surprise; the director approached me and said, “Wow, something just clicked for Elise. She was the star performer.” I had only received complaints about “attitude” before then. I asked Elise if she thought this might be because of the T3. She said “Well yes, I can control my emotions better, so I am now a better actress.” She played the part of a marionette puppet, who had to stay completely still for some scenes. This is very challenging for any child, but especially my lively Elise. Thank you. Thank you.”

“Well, my letter of intent for the grant I applied for flowed smoothly and easily. I had to include info about my divorce as it was a grant for displaced homemakers. I was able to frame everything honestly and with a optimistic tone. I had it proof read at our job search center. The fellow reading it said he enjoyed it so much he forgot he was proof reading. Thanks for the T3. Not only did it put an end to my writers block, it increased my confidence in myself.”

My son was diagnosed with ODD…
“Peg has been doing T3 sessions for my son for the last couple months and I can really see a difference in his countenance and overall behavior. Sean is my 9 year old son and was diagnosed with ADHD and ODD when he was in second grade. As a baby he was anxious, cried a lot for seemingly no reason, and was difficult to comfort. As he grew into a young kid he got very hyperactive and defiant and disobedient. When he started school he was constantly having conflict on the playground with his peers and with his teachers and principal. He had no friends and no one invited him to anything. He also cried a lot and it was next to impossible to get him to recover from an upset or outburst, we usually just had to leave wherever we were when something happened. If we were at home he would rage in his bedroom and tear apart his dresser and clothes, bed, and closets. It was exhausting and very isolating to say the least. Third grade was an even bigger challenge. He was sent to the office daily so we finally modified his schedule to be picked up everyday at 1:30, school ended at 3:00. Sean would refuse to do class assignments, get up and walk out of the classroom, throw things, have angry outbursts, and talk back whenever he felt crossed on a daily basis. His poor teacher really tried, but he turned her class upside down. He felt and acted like the world was against him. The last two months of school I started picking him up even earlier, at 11:30 am. This is around the time I decided we would be home-schooling for 4th grade, which brings us to our present year. I naively thought that I could help him manage his anger at home and by removing extra adults in his life. This year started out very rough for me as his teacher. I could see exactly what his 3rd grade teacher had been dealing with. He has a very low frustration tolerance and would do all the same things with me. Our mornings became a war zone. But now I could see what the triggers were, because I was his teacher. I could see that even when there was no reason to be angry, Sean was angry. I could see that even when he got everything his way, he still complained and had angry undertones. I realized that his real problem was just pure anger within him. Around November 2013 I stumbled upon Dr. Bradley Nelson’s book The Emotion Code and as I read it I knew this was exactly what he needed! I was still a little skeptical, but was going to give it an honest try. That’s when I found Peg as a practitioner and started doing sessions. Peg has identified many trapped emotions, negative programs, faulty core beliefs, etc. and and a result Sean is a very different boy. You can laugh and joke with him now, before he would get angry because he somehow always thought you were making fun of him even when you weren’t. He seldom raises his voice at me or his dad anymore. He can sit for 4 hours at a time and complete packets of school work with his tutor without a single complaint. He apologizes when he is wrong, which is often. He asks for permission and makes an honest effort to follow rules. He has been able to make some new friends, and when he plays in the neighborhood there is almost no more conflicts. He had been banned from a couple neighbor’s houses in the past. He shows more love to his siblings, especially his 2 year old brother. He tells us he loves us and complies with requests cheerfully. If he doesn’t want to do something he is able to give us a real reason, instead of just stomping around and slamming doors. Sean still gets angry, but it’s age appropriate and at a normal level. Before, he was already so angry, anything would just make him explode like gas to a flame. The session that made the most notable difference was when Peg released his addictive heart energy. That was when I felt Sean was truly a different kid. I could finally see the sweet boy that I knew God had sent me 9 years ago. I have always loved Sean and my other children intensely, but now I enjoy Sean instead of endure him. I fully contribute this change in my son to the sessions Peg has done for us and will be forever grateful to her.”

“I have had both Body Code and T3 therapy with Peg. I was so weighed down in emotional turmoil, I didn’t realize how heavy it was until Peg plugged away at each of the layers and I felt the weight slowly lifting. During the processing stages after each session, I didn’t know if I was Arthur or Martha, I would sometimes react and have effects of the emotions that I had asked to be released. At times I wanted to give up, thinking it wasn’t working. Then after my last session in regards to “worthiness” and “out of control”, I began to see the light. I felt like an observer to what had been my past. I felt disassociated with my past – finally.

I was impressed by how she had found the negative wordings for programs and beliefs and what to replace it with. Sometimes the words were spot on as to what I had thought. She found this through her intuition and muscle testing. Peg was very professional, dedicated, and would always respond to my queries. I appreciate the work she has done, and I even thought that one day I will write an e-book about my emotional recovery journey. Amazing work… Thanks, Peg!”

Hi Peg,
I just have to write you once more, because on that last T3 you and the Divine solved the biggest problem of my life, or at least one of the biggest ones! Because I was always sensitive to other people’s energies and emotions, and I had a tendency or a habit to take them on me, or absorb them, as I found out when I started with emotion code. It just made me so unhappy, it was such a burden, and it didn’t help anyone anyway! I just wanted to move to Himalayas and live alone, or leave this earth in my weaker moments.
And now it is gone! I love my beautiful, powerful shield, I am not painfully feeling negative emotions around me and I am not effected by issues of friends and people around me – and I am working on that also mentally, to be my happy self.
I can stay happy and feel strong, and like that I feel I can make a positive difference. I can’t really describe how different I feel, but it is a very good change!
… and nobody treated me badly since the T3, so I hope this story is also changing – wow, this broadcast messages really influence our experience, don’t they?

You are right, I am glad this experiences happened and brought these issues to the surface.
Lots of gratitude 🙂
Zuzana 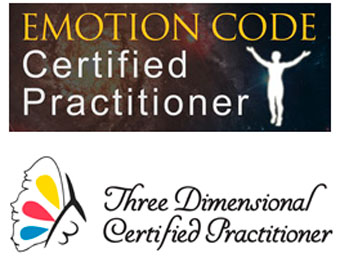